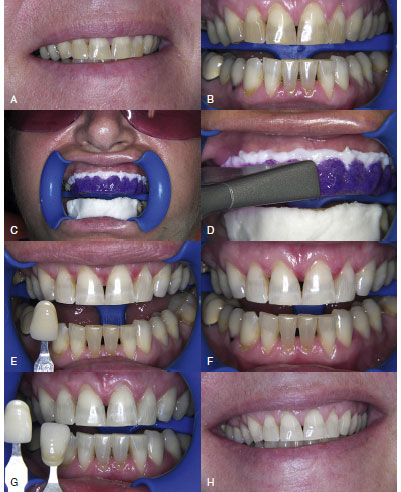 The most powerful application of the dental diode laser is in soft tissue surgical procedures. Because you are ablating the tissue, you get simultaneous hemostasis at the site. Unlike a scalpel, a laser allows you to cut tissue without causing bleeding. Considering its mechanism of action, a laser also allows you to eliminate bacteria. Unlike with electrosurgery, there is no current applied to the body by a laser which means much less charring of tissue. A laser is useful anywhere you previously would have used the other instruments, but a laser offers some increased functionality.
Exposing Crown Margins: Put your retraction cord away. Diode lasers allow you to lightly trough tissue covering the margins of your preparation while also helping to control any bleeding. This allows a more accurate digital impression or traditional tray impression.
Esthetic Crown Lengthening: Diode lasers are great for quick and clean soft tissue crown lengthening.
Whitening: Some manufacturers also have systems developed to use the diode laser in conjunction with whitening gels for increased whitening efficiency.