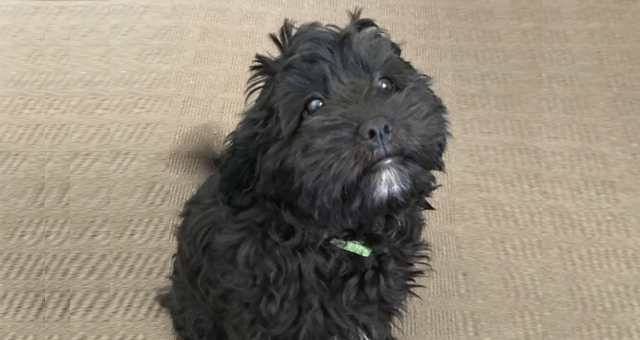 Dogs have long been lorded as "man's best friend", favoured for their ability to lift spirits, give reassurance in times of adversity, provide guidance and companionship to people with disabilities, and to just be plain old goofballs when required. dental laser fibers

Their ability to uniformly change peoples' lives for the better has long been employed in a range of places such as hospitals, nursing homes and detention facilities and now one dog in particular is making his calming debut in a dental practice in Queensland.

Beau is a Cavoodle, a mixed breed known for their intelligence and chilled temperament, and he is the new star of DentalCareXtra, a multi-location practice in Moranbah and Marian (Mackay).

Chosen partly because his breed doesn't shed hair, an important consideration for a dental practice where hygiene is paramount, Beau spends his days in the waiting room – due to stringent infection control regimes mandated throughout Australia, he can't enter the surgery itself – helping to keep patients waiting for treatment more at ease.

The business manager for the practices, Trehan Stenton, recently told ABC News that Beau's much-welcomed introduction to the practice was borne of a desire to lessen the stress that some people feel when going to the dentist.

"About 30 per cent of the adult population here in Australia have anxiety related to coming to a dentist … we thought this would be a great way to help them relax and make it a much more enjoyable experience."

By all accounts Beau is having the desired effect, with positive feedback from patients and children even popping into the practices to visit him even when they don't have an appointment.

Fresh from training at puppy school, Beau is now a widely-loved member of the staff, changing many peoples' perceptions of what a visit to the dentist involves, something which can only benefit their oral health.

"A lot of them have had dental trauma and have had a bad experience … but if they've had a nice positive experience with the dog, they kind of associate that with the dentist – something positive – and will benefit them for the rest of their lives."

And as for Beau's future prospects? A tongue-in-cheek Stenton clearly believes the sky is the limit for this pioneering pooch.

"I think he might start his certificate in dental assisting or something."

POSTSCRIPT
Sadly, shortly after the ADA found out about Beau's pioneering role as the first therapy dog in an Australian dental practice, he was killed in an accident that quite naturally left practice staff, patients and the wider community in mourning. Such was the outpouring of love and support from patients and the community, not simply for Beau himself but for the role he undertook, that the practice decided to continue with having a therapy dog on staff bringing on Beau's half-brother Dexter to fill his sizeable paws.