A new survey of recreational scuba divers finds that 41 percent report dental problems related to diving. Most of the problems had to do with pain from the increased pressure underwater or from clutching the air regulator too tightly in their mouths, but a few people experienced loosened crowns or cracked fillings.dental laser accessories

The survey was limited, but suggests that people should make sure their teeth are in good shape before they go deep, said lead researcher Vinisha Ranna, a student at the University of Buffalo School of Dental Medicine.

Ranna, a certified stress-and-rescue scuba diver, first became interested in the effect of diving on teeth as a rookie diver in 2013. While underwater, she experienced "barodontalgia," a condition familiar to many divers but less well-known to landlubbers. Barodontalgia is a toothache caused by the increase in pressure felt underwater (it can also happen at high altitudes because of low pressure). The condition, which occurs while the person is in the high- or low-pressure environment, is most common in people who have some sort of underlying dental condition, like a cavity or poorly completed filling.

Ranna developed a survey to find out how common barodontalgia and other dental symptoms might be for scuba divers. She distributed links to the online survey through social media sites for divers and got 100 responses. Because this sample is limited and not random, it isn't representative of scuba divers as a whole. 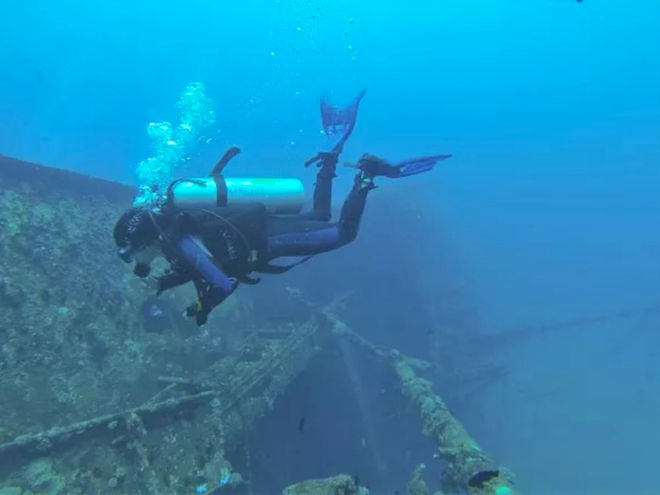 Five people reported that a crown — a cap that fits over a broken or damaged tooth — had loosened during a dive. One person reported a broken filling.

"The dry air and awkward position of the jaw while clenching down on the regulator is an interesting mix," Ranna said.

Dive instructors reported more pain and problems than casual divers, Ranna and her colleagues reported in November in the British Dental Journal. Instructors spend more time at shallower diving depths, where the changes in pressure are most abrupt, she said.

The small online survey is only a first step. Ranna is now following up with a study group of more than 1,000 divers. Dental safety should get more attention from scuba certification groups, she said.

"Divers are required to meet a standard of medical fitness before certification, but there are no dental health prerequisites," she said.

In the meantime, divers can protect themselves by visiting the dentist before scuba diving to check for decay and other problems.
http://www.dentlasertip.com/