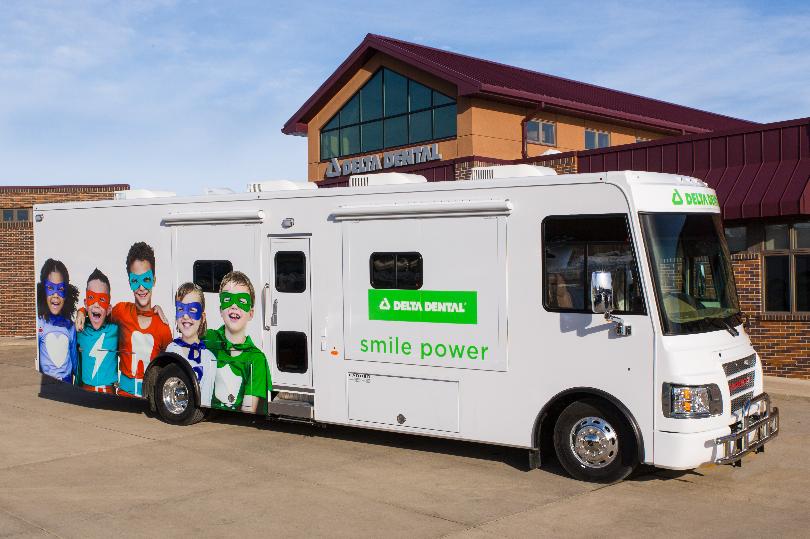 Two new mobile dental trucks will help kids across South Dakota get healthier smiles. Delta Dental of South Dakota ordered the new trucks for its mobile program that provides dental care to kids who can’t afford or access a dentist. The pair of highly specialized vehicles will be used to treat kids starting next week.

“We found there’s more need and greater demand than we anticipated when we started with our first truck twelve years ago,” said Scott Jones, president and CEO. “Our current trucks have served well, but they’re aging. It was time to replace them so we’re prepared to care for kids for the next decade.”

The two new trucks – christened Molar 1 and Molar 2 - were manufactured by Farber Specialty Vehicles of Reynoldsburg, Ohio. Each truck is 40 feet long with two dental operatories to treat patients. Kids in Lemmon and Newell will be the first patients on the trucks during clinics in the two towns next week. Both trucks will then spend approximately 40 weeks of the year traveling across the state.dental laser handpiece

Delta Dental ordered the new trucks to replace an existing pair of dental trucks. The company’s original 2004 truck was destroyed in a fire in June, 2015, and temporarily replaced with an even older refurbished used truck. The other existing truck was added in 2008 when the waiting list for the first truck reached three years into the future.

“The routine will stay the same,” Jones said. “It’s a dental clinic on wheels relocating for a week at a time from place to place across South Dakota. But having two new identical trucks is great for treating kids and makes things more efficient for our staff.”

The mobile program trucks have been in 81 South Dakota communities, treated more than 32,000 children, and provided more than $16 million in dental care since the program began in 2004.