Benign prostatic hyperplasia (BPH) is one of the most common disease processes in men. For more than 50 years, the gold standard of treatment for patients seeking surgical therapy from this disease has been transurethral prostatectomy. It is estimated that nearly 400,000 transurethral prostatic resections (TURP) are performed each year in the United States.1 Transurethral incision of the prostate (TUIP) was recommended as an alternative to TURP in a small prostate.2 Visual laser ablation of the prostate (VLAP) is a new modality being evaluated for the treatment of BPH. A pilot study was performed using VLAP in 17 male patients by Costello et al., which showed a significant improvement in postoperative flow rates and Madsen-Iversen symptom score.3 Many different treatment methods are currently evolving. Free-beam side-fire fibers, noncontact side-fire, contact vaporization, bare fiber, interstitial laser and ultrasound-guided laser prostatectomy have been reported.4,5–9 One disadvantage of VLAP is the expense of both the initial capital and the running cost. The single most expensive recurrent cost is the laser fiber. Recently, many companies have presented different side-firing laser devices. These are usually recommended for one use only and cost about 3000 to 5000 Saudi riyals. To assess the value of VLAP using a bare fiber in conjunction with bladder neck incision, a prospective study was designed. Eligibility criteria included a patient's age being greater than 50 years and significant voiding symptoms secondary to BPH, leading the patient to request surgical therapy. The results were then compared to the published data using various laser techniques and without concomitant bladder neck incision.
MATERIAL AND METHODS 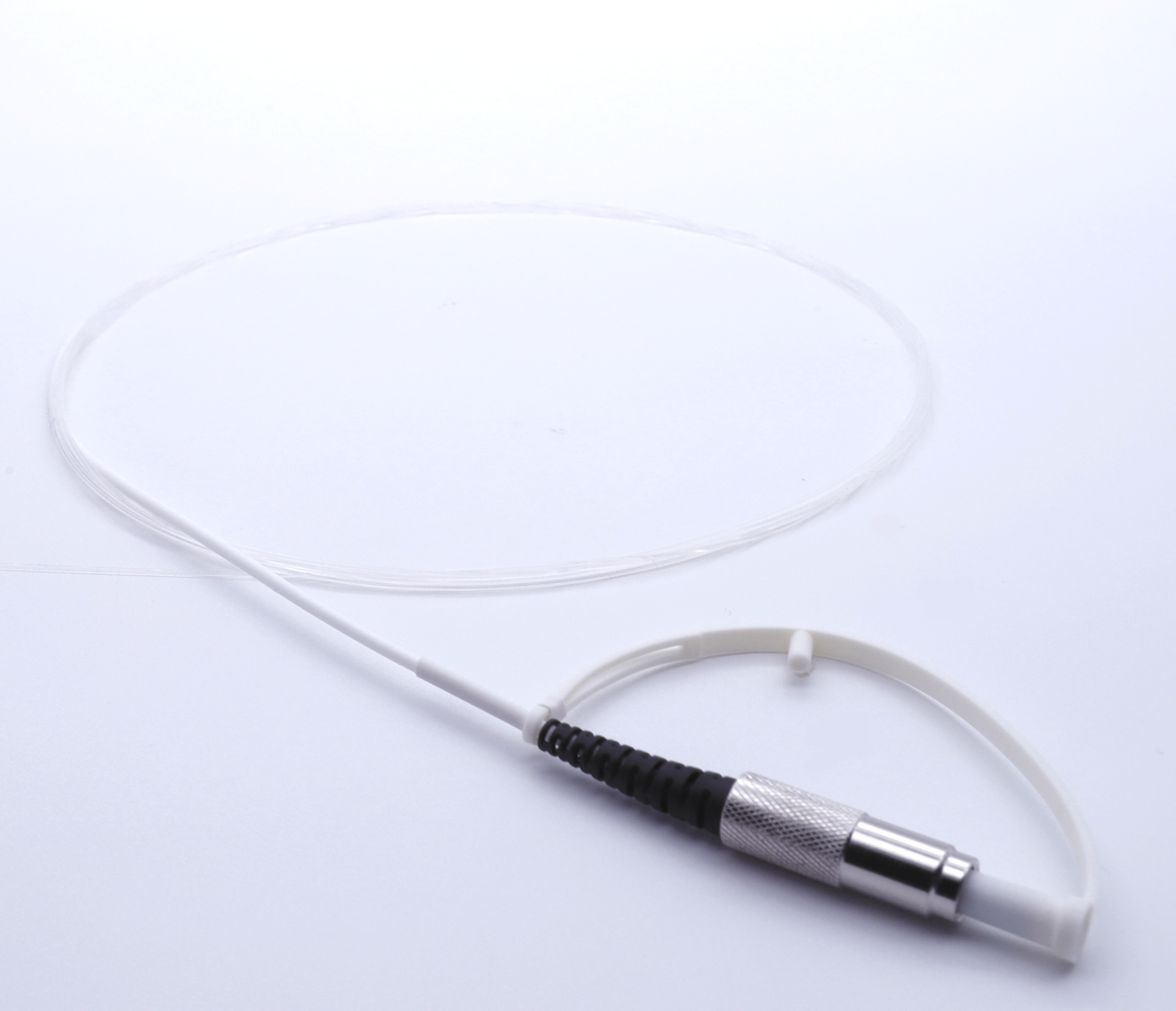 Cystourethroscopy was performed first to rule out a coexisting pathological condition. Video display on a television monitor optimized visualization of the operation. A suprapubic tube catheter was then inserted. Laser prostatectomy was performed with a tip firing bare fiber delivery device using a standard neodymium: YAG laser source (Laserscope) at 40 watts power setting. A fiber was passed first through a ureteric catheter, then through the working element of a size 23.5 F Cystoscope. An Albarran deflecting bridge was used to direct the fiber to the desired area of treatment. Laser energy was applied for a continuous 90 seconds to each lateral lobe at the 3 and 9 o'clock positions. For a larger prostate, the treatment was done at the 2, 4, 8 and 10 o'clock positions and was repeated at two or three intervals between the verumontanum and the bladder neck. A bladder neck incision was done using the KTP laser at 38 watts, using the tip firing fiber. The aim of the bladder neck incision was to reduce the chances of development of bladder neck cicatrization and to decrease the post-treatment catheterization time. The incision was done at the 6 o'clock position, starting from the trigone just distal to the interureteric ridge down to the verumontanum. No postoperative bladder irrigation was used. The patients were usually discharged within 24 hours with the suprapubic tube connected to a drainage bag. They were given a three-day supply of an anti-inflammatory medication. In the first 12 patients, the suprapubic tube was removed 48 to 72 hours postoperatively. However, they experienced significant irritative voiding symptoms. A urethral Foley catheter was inserted in five patients who developed urinary retention. Thereafter, the patients were discharged with the suprapubic catheter in place and it was left indwelling for one week. In the clinic, the tube was then clamped and the patient was given a voiding trial. If he could not void, the catheter was unclamped and left indwelling for another week. The flow rate and the symptom score were rechecked at 1, 3, 6, 9 and 12 months post-treatment. Changes in frequency of intercourse and the presence of retrograde ejaculation were documented.