A dentist who sparked "the biggest NHS patient recall in history" has been struck off.

A total of 55 allegations of malpractice against Desmond D'Mello were proven during a General Dental Council (GDC) misconduct hearing.

The footage prompted the recall of some 22,000 patients, 4,500 of whom were tested for blood-borne viruses.

Of the 56 allegations D'Mello was accused of, all but one were were proven by the GDC.

Gavin Scott, chair of the panel, said Mr D'Mello's behaviour was "fundamentally incompatible with being a dental professional".

He said his failings constituted "a contemptible circus of gravely hazardous practice which placed his patients at a serious risk of infection". 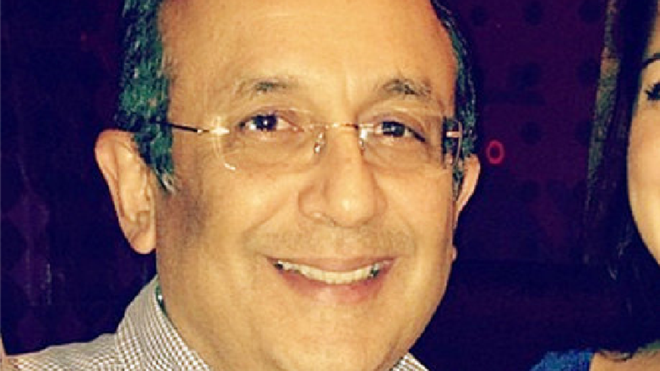 Caroline Surgey, who was D'Mello's dental nurse at the same practice admitted 27 allegations at the same hearing.

The 43-year-old has been allowed to continue to work as a dental nurse, but must accept conditions and work under close supervision.

During the hearing she said Mr D'Mello was cutting costs.

"He did not like me changing gloves all the time," she told the hearing.

"I was ashamed and I could see failures in all of it and if I saw that person I would think they were a really bad person," she added.

Mr D'Mello made the decision not to attend the hearing, nor to have legal representation.

In a statement to the panel, he said he was in "total shock" at the allegations, which he accused the NHS of handling in a "humiliating" manner.

NHS England said, of 4,526 patients who were tested following the recall, five were found to have hepatitis C.

Jonathan Green, of the GDC, said as well as not being able to practice as a dentist in the UK, dental regulators across Europe will be notified of the panel's decision.

"At no stage did Mr D'Mello demonstrate an understanding of the severity of the charges, such as by either admitting to any of his failings, or apologise to his patients," he said.

The surgery is now under new management.

Mr D'Mello was a dentist for nearly 38 years and began his own practice in 1980.

The practice in Daybrook, Nottinghamshire, is now under new management.