Spray-on anesthetic approved for dental use 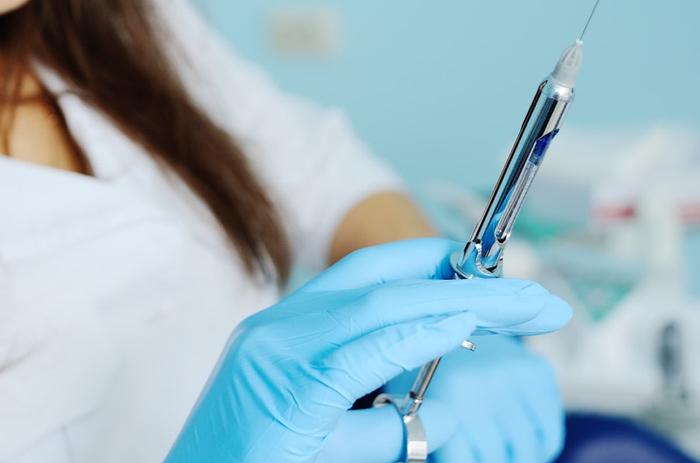 A trip to the dentist is seldom fun, especially when it involves an injection to numb the pain of a procedure. But researchers at the University of Pennsylvania say a new spray-on anesthetic called Kovanaze may provide relief by substituting a simple nasal spray for the injection.dental laser tips

"There is really nothing else like this,” says Dr. Elliot Hersh, the study’s lead author at Penn Dental Medicine. “This is obviously a great thing for needle-phobic individuals, and it can reduce inadvertent needle-stick injuries in the clinic as well.”

Hersh and his team conducted a double-blind, randomized trial that combined local anesthetic tetracaine and the nasal decongestant oxymetazoline, used in products such as Afrin. They found the combination was effective at preventing pain during a single restorative procedure in an upper bicuspid, canine, or incisor in 88 percent of patients -- comparable to the success of commonly used injectable numbing agents.

The trial recruited 150 adults set to undergo a single dental filling in an upper bicuspid, canine, or incisor. One hundred patients were assigned Kovanaze and 50 were assigned a placebo spray.

"For more than 100 years, the dental industry has delivered dental anesthesia using a needle injection. Now, through the efforts of a dedicated team, we have developed a revolutionary needle-free method for delivering pulpal anesthesia," said Steve Merrick, CEO of St. Renatus.

To follow up on the study, Hersh says the company will likely pursue investigations to see if more invasive dental procedures can be performed using this anesthetic. It’s likely that further studies will also evaluate whether it can be safely administered to children. Current FDA approval is for a single maxillary restorative procedure in individuals weighing at least 88 pounds.
source:http://www.dentlasertip.com